This article aims to provide a conceptual explanation of how data is saved and synchronized between nodes(servers) on Raft. Please refer to the previous article(Consensus for AERGO Private Environment) for a general overview of Raft Consensus.

The Raft Consensus considers each node as a state machine and provides a consensus algorithm that synchronizes these nodes so that the nodes maintain identical states. For this purpose, Raft Consensus records the changes in the state machine as logs and takes control to ensure that the entire nodes apply the same log in the same orders.

Each node of AERGO is equivalent to a state machine, and the block saved at each height can be regarded as a state. To operate in such form, blocks are included as data in the Raft log.
For Raft to operate, it requires an assumption.

Each node is honest, meaning that it does not lie.

The information contained in the messages sent between nodes must be accurate at all times. In other words, Raft is not Byzantine fault tolerant. For example, there should be no occasion in which a non-leader node sends messages as if it is the leader node. Thus, Raft is a consensus algorithm that is appropriate for private chains with ensured security that keeps the risk of malicious nodes being included in the cluster low.

The data saved for Raft Consensus can be largely divided into Raft log and block-related data. These data are broadcasted through Raft protocol and saved in repositories of each server. Blocks are saved in the form of Raft log data. When these blocks are added to the blockchain, after having gone through the commit process, information such as related account information and chain linkage information is saved.

A term is a sequence number that is given to a new leader, and it increases by 1 in every new leader election. Thus, it serves as an ID for each leader. An index is a sequence number that increases by 1 every time a new log is saved. Since a leader generates only one log for a particular index in the respective term, logs can be uniquely distinguished by referring to their terms and indexes.

Data refers to the information shared through Raft, and in AERGO the subjects are blocks.

Since a term maintains to have the same value until the leader is changed, the periodic lengths of generating logs under the same term may vary between different terms.

Fig 2. An example of a log status in the term-changing situation

A critical feature in Raft log is that a log committed by Raft protocol can never be deleted or modified. In other words, the committed log cannot be lost or replaced by another log, even in situations where the leader changes or the system fails. This characteristic ensures immediate finality once a block is added to the chain.

Let us now examine how Raft protocol synchronizes the logs between nodes.

The protocol that Raft uses is defined in a simple way so that it does not have to maintain complex contexts.

The fundamental protocols are comprised of two types of messages that are sent from the leader to the followers.

Then, let us see how the synchronization point is found.

2. A follower checks whether the meta-information in the previous entry matches the log that was last saved in the log repository.

3. If there is a match, the follower saves the new log entry and sends a success response through the AppendEntryResponse message.

Fig 3. An example of a successful AppendEntry by a new log

5. In case the follower sends a failure response, the leader reviews the last log information from the follower and sends an appropriate log as a new AppendEntry.

Fig 4. An example of a failed AppendEntry by a new log

By repeating the above processes, the leader finds the log point that was last synchronized with the followers, and sequentially performs synchronization after the relevant log.

Processes after a change in leadership

Raft Consensus is a simple protocol that repeats the process of sending AppendEntry messages and receiving responses to perform synchronization between nodes. The simple and easily understandable nature of Raft enables the smooth development of a stable implementation.

The articles below will help you get an easier and also in-depth understanding of Raft.
The following site provides an animation of Raft synchronization, which will lead you to a visual illustration of the synchronization process.
Also, refer to the slides created by Diego Ongaro and John Ousterhout for detailed information about Raft. 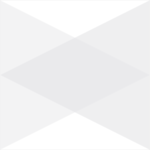 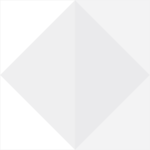